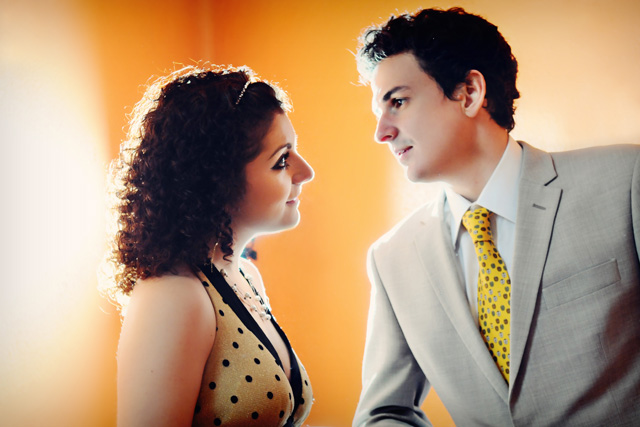 This year will be my last in Graduate School and I will be earning an Artist Diploma in May 2013.
I just finished a collaboration with the Topeka Symphony and getting ready for a performance with the Kansas City Chorale which will result in two concerts in the beginning of October.
In the next couple of months I'll also have a number of solo performances for Park University.

Next year, April will be a a busy month with two recitals and a Chamber Music Master Class (April 6) organized by the Kansas City Symphony with Maestro Michael Stern. My graduation recital will happen at Park University sometime in late March. Than together with Victoria we'll join forces and perform in Saint-Louis, Missouri on April 7 a recital in the Music at Maryville Concert Series, Maryville University.

We're planning to record a new CD next Spring. This would be an extensive and exciting project!

The most exciting news of all is that in the end of November we'll welcome a new member in our family, a little girl which we'll name Sophie.


Posted by Cristian Fatu at 2:34 PM No comments:

"Spanish Nights" Concert with the Orchestra of the Pines 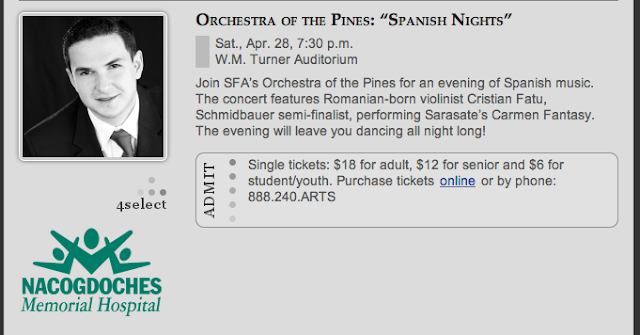 Posted by Cristian Fatu at 2:32 PM No comments: